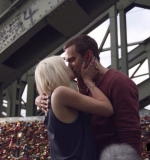 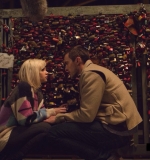 EXCLUSIVE: British director Eran Creevy’s hot title Collide, previously known as Autobahn, has extricated itself from Relativity with a new domestic deal set to close within days. This is a fluid situation and Deadline understands that Creevy’s film, which stars Nicholas Hoult, Felicity Jones and Anthony Hopkins, is generating much demand with multiple offers on the table. It had been set for release by Relativity on October 30. However, with Ryan Kavanaugh’s beleaguered company now in Chapter 11, the film’s producers have been able to get it back on the market, where it is certain to get snapped up soon.

After a heist goes terribly wrong, Casey Stein (Hoult) finds himself on the run from a ruthless gang headed by mob boss Hagen (Hopkins). Now Casey has precious cargo that belongs to Hagen, who will stop at nothing to retrieve it. Left with no choice, Casey calls his former employer and drug smuggler Geran (Ben Kingsley) to protect his long-time girlfriend Juliette (Jones) before Hagen gets his hands on her. Casey sets out on an adrenaline-fueled car chase on the German highways to save the love of his life.

Creevy, who also co-wrote the screenplay with F. Scott Frazier, is one of the UK’s most exciting emerging directorial talents, known for bringing intelligence and style to genre fare (Shifty, Welcome To The Punch). Collide is produced by Joel Silver, Brian Kavanaugh-Jones (Insidious 2) and Brit management-production powerhouse 42 partners Ben Pugh and Rory Aitken. Pugh and Aitken also produced Creevy’s previous features. Stuart Ford’s IM Global is handling the domestic deal. Reps for the producers and IM Global were unavailable for comment.